Collections of field materials reflect the results of field and research work under Sefer Center project on ethnographic, epigraphic and archival study of the history of Jewish communities of the former Russian Empire, both the Pale of settlement and outside (primarily Russia, Belarus, Lithuania, Latvia, Georgia).

The first collection was published in 2013, the publication continues.

The problematic of collections is very wide. Studies of historical, legal, demographic, ethnographic nature are combined in collections on a geographical basis. The articles and materials composing the collections present a comprehensive picture of the historical and cultural development of the Jewish community and interethnic relations in the studied regions This collection of essays came as a result of the field research conducted by Sefer Center and the Institute for Slavic Studies of the Russian Academy of Sciences. These essays focus on ethnographic, epigraphic and archival studies of history of the Jewish community in Smolensk region of Russia. Scholars from Russia, the United States and Israel present a broad range of topics: religious and cultural life, demographics, legal and socioeconomic standing, relations between Jews and non-Jews. Encompassing the most up-to-date research on the topic, this volume is an achievement to be valued by historians, anthropologists, educators and any reader seeking to understand the historical and cultural developments in the Jewish community in the region. This book is the third part in the series "A Jewish Shtetl in Contemporary Cultural Memory," dedicated to the history and culture of Jews in Belarus. The aim of this large-scale project is to uncover archival material and to introduce new findings about the history, traditions and folklore of the Jewish settlements, as well as to showcase the surviving fragments of Jewish cultural heritage and to draw attention to the problems of its conservation. The books in the series are based on materials collected both during annual field schools that are organized by the Sefer Center and the Center for Slavic-Jewish Studies of the Institute of Slavic Studies, Russian Academy of Sciences, as well as through archival research. The expedition to the town of Hlybokaye (Vitebsk Region of Belarus) was an important milestone in the study of the narratives, historical documents, and preserved cemeteries. It is an attempt to reconstruct the "Jewish history" of former Belarusian shtetls, based on historical, epigraphic and ethnographic data


This volume is a part of a large scale project researching the memories about Jews, Jewish history, culture, ethnography and epigraphy as well as the stereotypical notions and beliefs of different ethnic groups about the Jews of the East Europe. This new volume is second part to the series of books from Latgale published by Center Sefer. This book is based on the data on Jewish ethnography, history and epigraphy collected during expedition trips of 2011-2015 that took place both in Latgale and in Israel, where we have interviewed people from this region. 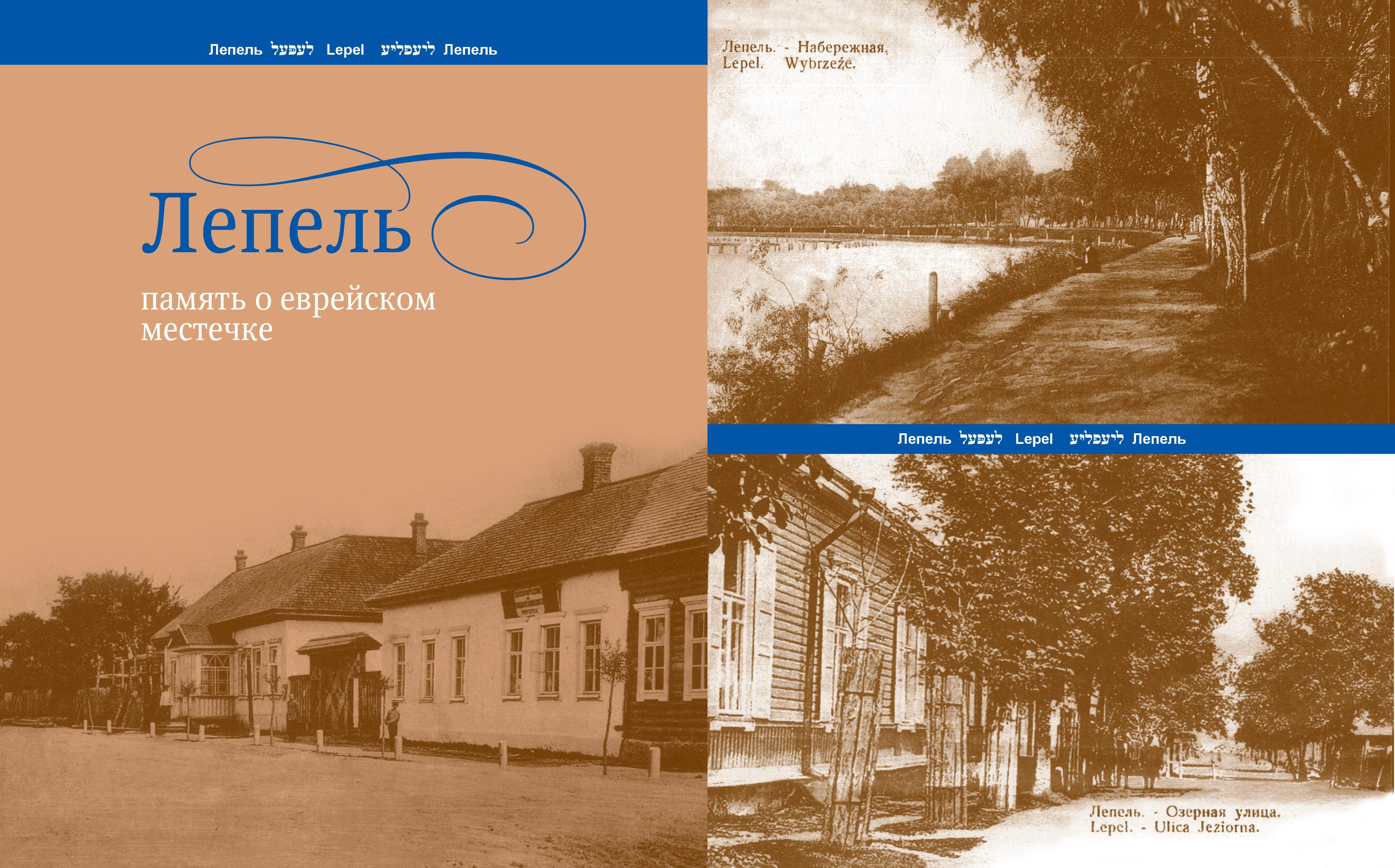 This book presents the second issue of the series on Jewish history and culture of Belarus and is dedicated to Jewish Lepel, the history of interethnic contacts, which were lodged in popular memory and in cultural artifacts.  The present book is based on the materials collected during the expedition of 2014 to Lepel in the Vitebsk region of Belarus . The primary focus of the participants of the educational expedition was on the research of “Jewish history” of Lepel (which was and is now a district center) and its surroundings as well as neighboring towns of Ushachi and Chashniki using oral testimonies and historical documents. Another important purpose of the expedition included finding, research and documenting artifacts of Jewish cultural heritage in the region (primarily cataloguing Jewish cemeteries). Jews on the Map of Lithuania : Biržai. Problems of Preserving Jewish Heritage and Historical Memory is a collection of materials on Jewish history, ethnography, sociolinguistics, and epigraphics, gleaned during three Sefer Center expeditions in 2013 and 2014 in the currently Northern-Lithuanian town of Biržai and its environs.

The book is not limited merely to presenting the results of this large international two-year project for ethnographic, epigraphic, and archival research on the Jewish community of Biržai, where Rabbinical Jews and Karaites lived as neighbors. The study also represents an attempt at preserving Jewish heritage and memory of Jews in the former Great Duchy of Lithuania  region.

Modern history saw repeated changes in the paradigm of historical memory on the territory of the former GDL. How did this reflect on the material and immaterial monuments of Jewish heritage, on the perception of Jewish history and culture, and ultimately, on the memory of Jewish neighbors? As the expedition set out for Biržai, we hoped to learn how the Jews were preserved in their neighbors’ memories, what recollections the locals had of them and what had already escaped or had been suppressed from memory, and how different ethnic and religious groups had coexisted in the particularly poly-ethnic and multi-confessional region of Biržai. We were also concerned with the broader (both in the geographic and cultural-historical sense) issue of the impression left by the extinct Jewish civilization on Lithuania’s mental map.


Collective Volume "From the History and Culture of Georgian Jews". Moscow, 2014 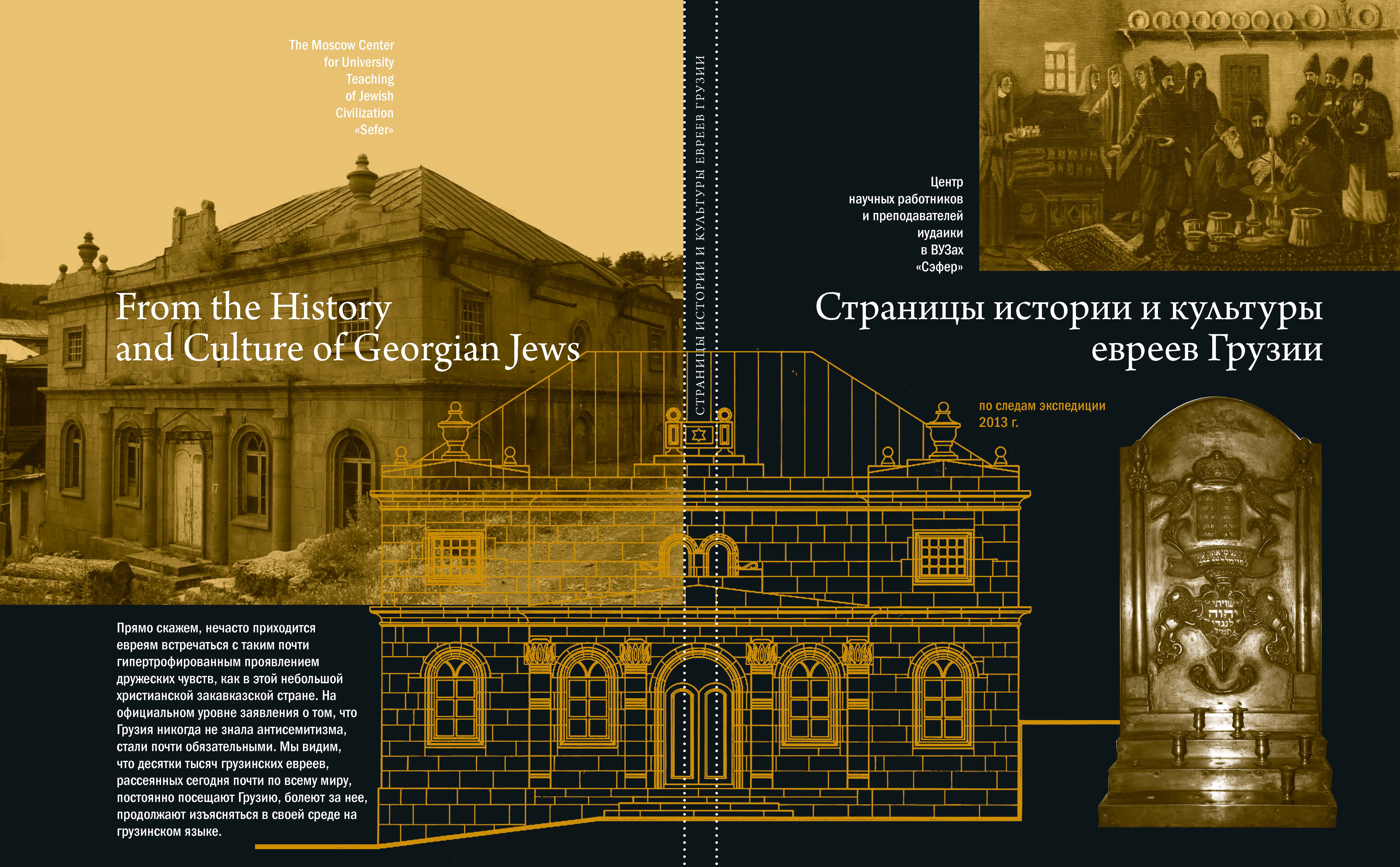 The current volume consists of the articles of the researchers and scholars of the history, ethnography and culture of Georgian Jews, as well as of the young scholars who took part in the expedition to Georgia organized by Sefer Center in May, 2013. A particularly important part of the book contains the material collected during the expedition as well as rich illustrations. This book represents the results of expeditions to Latgale (Eastern Latvia) organized by the “Sefer” Center in 2011–2012. The main subject of the research is the image of Jews from the point of view of their non-Jewish neighbors. The expeditions were carried out in those towns where Jews represented a significant part of the pre-WWII population, and where they played a significant role in the cultural and economic life: Preili, Kraslava, Daugavpils, Rezekne and others. A large number of interviews were conducted with the older representatives of the local population (Russians, Latvians (Latgalians), Belorussians and Poles). The goal of the interviews was to obtain an image of the towns (which can be called shtetls), as reflected in the stories of the locals. “Oral history”, memories of ethnic neighbors, the idea of the Jew as “the Other”, non-Jews’ view of Jewish traditions, language, appearance, religion and places of worship – all this helps to construct a model of a multi-ethnic society in the first half of the XXth century.
The book consists of two parts. The first part is composed of annotated publications of the expedition materials, in which the texts of the interviews are published with authorial comments. The second part contains articles based on oral, archival and literary sources, dedicated to the history of Jews in Latvia in the XXth century, to the image of Jews in literature, etc.
The research was carried out by folklorists, social anthropologists and historians specialized in the study of ethnic stereotypes, cultural contacts and transformation of the traditional community in the face of modernization. The research team included students and research fellows from the State Republic Center of Russian Folklore (Moscow), the European University at Saint-Petersburg, the University of Tartu, Daugavpils University and the University of Latvia (Riga). The book contains archival, memoir, ethnographic, and epigraphic materials on the Jewish life in the shtetl of Zheludok. The materials for the book were collected during the field school-expedition on Jewish ethnography and epigraphy which took place in Zheludok from 22–July 2012. The expedition was organized by Moscow Center for University Teaching of Jewish Civilization “Sefer” in cooperation with the Center for Judeo-Slavic Research, Institute for Slavic Studies RAS, and Yanka Kupala State University of Grodno. The historical description of the Jewish community of Zheludok is supplemented by the oral information received from the local residents of Zheludok and memoirs of Zheludok-born Miron Mordukhovich. These oral data reflect the perception of the Jews, their everyday life, customs, traditions, and folklore through the eyes of the local Belorussian and Polish inhabitants. Furthermore, these data also provide information on the mythologized perception of the Jews by the local Slavic population. The illustrated catalogue covering about 300 tombstone inscriptions from the local Jewish cemetery constitutes a special part of the book. The book also publishes archival documents related to the Jewish history and architecture of Zheludok.