21st Annual International Conference on Jewish Studies took place on 3rd – 5th of February 2014 in the hotel “Cosmos” in . The conference was organized by Center УSeferФ with financial support by УJointФ, Russian Jewish Congress, Euro-Asian Jewish Congress and Genesis Charity Foundation. During its long history annual conferences became the basic meeting place for the researchers and central scientific forum for Jewish Studies. 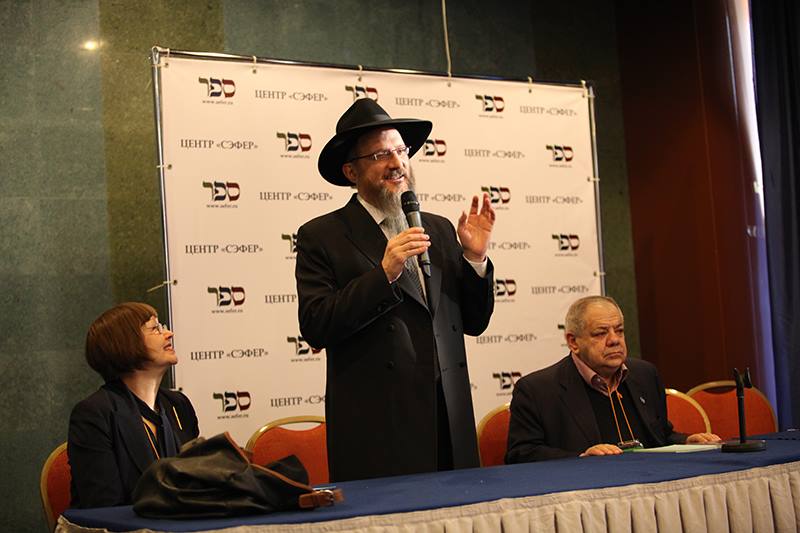 After the official opening prof. Moshe Rosman () gave a lecture УHow Jewish is Jewish History?Ф, whose book has been just translated and published in Russian. After the lecture there was a discussion in which Mikhail Chlenov, Arkady Kovelman, Kay Schweigmann-Greve and Leonid Katsis took part.

2014 year is a year of 100th Anniversary of Joint Committee so the first plenary section as well as separated sections were dedicated to this event. 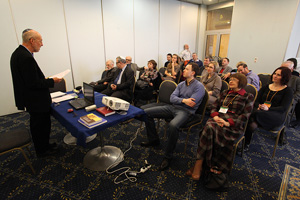 The program included the following sections: Biblical Studies, Sacral Texts and Treligious Tradition, Jewish Thought, Jewish Culture, Jewish Languages, Jews and Surrounding Nations, Jews in Eastern Europe, Non-Ashkenazic Jewish Communities, Jewish Art, Jewish Literature, Jews in the Russian Empire, Jews in the , Jews in 20th Century, Holocaust Studies, Israel Studies and others. Also on the conference took place the round table dedicated to the SeferТs 20th anniversary. As usually there was also a ceremony of presenting the grants from Prof. Eugene WeinerТs Fellowships Award (this year the grants was presented to Alina Lisitsyna (MSU) and Natalya Kireeva (RSUH)). There was a big presentation of new books and editions on Jewish Studies, where performed different publishing houses from , and as well as authors themselves.

The full program is available†here.

Ц I wanted to write to thank you so much for the wonderful experience of attending our Sefer conference. It is not often that one is permitted to look back 20 years and see the birth, growth, and maturation of a beloved child--and that is what I saw. Allow me to tell you how proud I feel of all that you and our colleagues have done. The conference recalled to me on the deepest levels how important our work has been, and what it has meant to so many. Toda! Toda!†