CFP: “Genocides, Mass Murders and Deportations on Ukrainian Lands during the World War II: How to Work with Sources”

Różia Wagner, a Galician Jew, was a victim and eyewitness of the Lwow/Lviv pogrom in the beginning of July 1941. Her testimonies located at the Jewish Historical Institute in Krakow (later moved to Warsaw) tell of her experience during World War II and the Holocaust. These testimonies together with photographs and film footage have been recently published, by Canadian Historian John-Paul Himka. This work has become the basis for a fresh perspective on the events in July 1941. This conference will focus on the combination of different types of sources, new methodologies, and principles of working with such material.

Conference participants are invited to address several important research issues: How does the selection and interpretation of sources influence our understanding of World War II on the territory of Ukraine? What methodological challenges do researchers face when working with these different types of sources? How has the “archival revolution” influenced research on World War II in Eastern Europe? What perspectives shape 21st century oral history in relation to World War II? What challenges are faced by researchers who collect oral testimonies? How do researchers relate to the sources of oral history, given the time distance from the events? 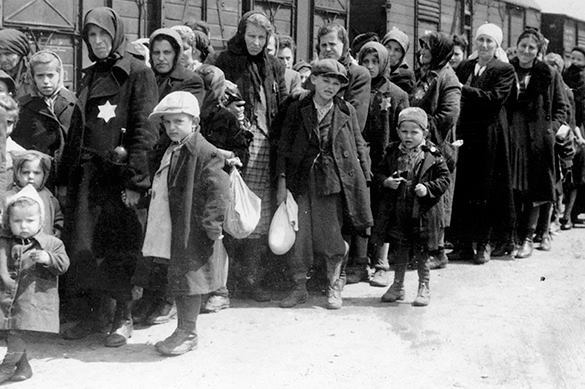 Historians emphasize the importance of the materials of the Extraordinary State Commission, which became available in the early 1990s or they might focus more on archives relating to the trials of Nazi war criminals and collaborators, which became available to researchers in the mid 2000s. What trends affect the researchers’ preference for one or another of these archival sources?

At the end of the 2000s, archaeologists made a number of excavations in the area of the former Nazi extermination camp Treblinka. Their findings helped to locate the place of the gas chambers where Jewish people were exterminated on a massive scale. As there are well over a thousand mass grave sites in Ukraine, where many thousands of Jews were murdered by shooting, non-invasive techniques have been devised to study such terrains, in order to respect Jewish religious law regarding human remains. How do the findings of archaeology and non-invasive methods of investigating mass murder sites contribute to researching the events of World War II?

The conference organizers also want to draw attention to the history of the different social, national and gender groups in the events of World War II—whether as victims, perpetrators, or bystanders. The conference will be focused on genocides, mass murders, ethnic cleansing, deportations, forced population movement, crimes against prisoners of war and civilians during World War II. The conference will engage participants in discussion about sources of different origin, not only military or political but also works of art, literature, oral history, memoirs, letters, visual materials and real artifacts.

The organizers invite proposals for 20-minute papers by doctoral students and young (up to age 35) scholars in Ukrainian or English languages. Each application should include an academic CV, an abstract of the presentation (max 300 words) and contact details. Please, submit your applications to ethnickh@gmail.com before January 15, 2018. Should you fail to receive confirmation on receipt of your application, please, contact the organizers.

Participation in the workshop is free of charge. Accommodation and catering will be provided during the workshop. Please notify the organizers in your application whether you need travel expenses to be reimbursed.