The school was organized by "Sefer" Center and International Center for University Teaching of Jewish Civilization, The Hebrew University of Jerusalem, supported by Genesis Foundation, Israel Cultulral Center in Moscow and other donors.†

2017†was†the year of 100th anniversary of Russian October revolution - the event which strongly influenced the whole world until today. Today the concept of revolution is understood very widely: shifts in the mass consciousness, changes in social relations, political systems, science paradigms, technologies, art and cultre etc. Such changes are often connected to Jewish names - persons who were pioneers and symbols of innovations, revolutioners in politics, science and other spheres. At the same time Jewish society itself has underwent many radical shifts. 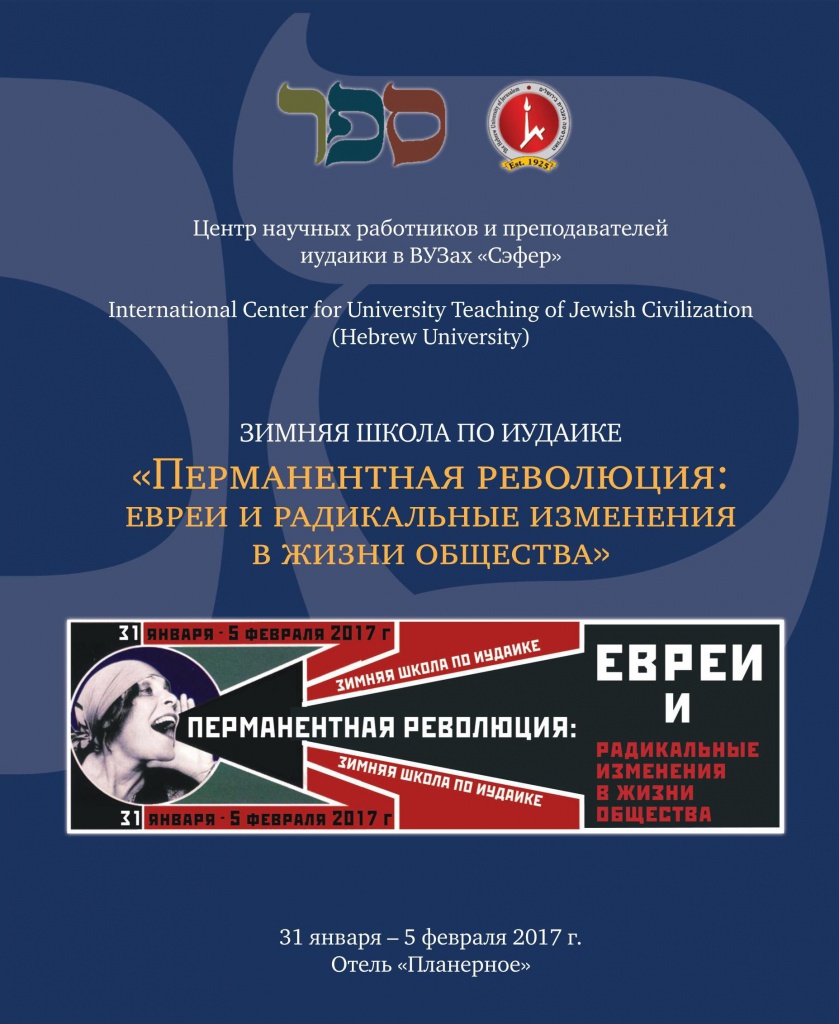 The main goal of this school was to analyze the complex relationships between Jews and revolution, to understand the dialectics of revolutionary changes inside the Jewish society and to describe the role of Jews in revolutionary events outside.†

100 people participated in the school, among them: 80 regular students (from Russia, Ukraine, Israel, Latvia, Belorussia), 6 temporary students and 14 lecturers (from Russia, Poland, Israel).

All courses were divided into 3 thematic groups:

1. Revolutions in the Jewish thought

2. Revolutions in the Jewish history:†
3. "Jewish Revolution" in science and art:
More detailed information can be found on the†Russian page.